why should I use tubebuddy grow your channel #tubebuddy

must watch this before you start your own youtube channel this change my life
at February 20, 2021 No comments:

please support my channel all you have to do is take 30 sec of your day and follow me thank you for your support :)
at February 16, 2021 No comments:

Top 10 camera for youtube vlogging (what cam should I buy) #camera #vlo...

#catlawyer I am not a cat lawyer cat made me laugh so much, must watch ...

must wach this is the best news ever lol
at February 11, 2021 No comments:

review of Aston Villa vs Newcastle

Aston Villa beat Newcastle 2–0 on Saturday, with goals from Ollie Watkins and Bertrand Traoré both coming in the first half. However, it’s Marvelous Nakamba that deserves the Man of the Match award for this game.

The short break between the disappointment of the Manchester City result left no time for Villa to sit and sulk. Former Villa manager Steve Bruce and his Newcastle side struggled with their form prior to this game, without a win in in nine games of which they’d lost eight. A short pre match preview revealed Newcastle was, statistically speaking, one of the worst teams in the league. Averaging 13.33 shot creating actions per 90 for and 24.11 shot creating actions per 90 against, this ultimately leads to less than pleasant viewing for Newcastle fans, leaving their fans less than pleased with Bruce. This game was no different for them.

Villa dominated this game with 59% possession, but after scoring twice in the first half seemingly slowed down in the second. With an expected goal tally of 2.60 goals expected (xG) to Newcastle’s 0.40 xG, the score line reflected a true representation of the game. After disappointing results in Manchester against City and United, Villa needed this win to fire them back into the top half and back into form with some inviting fixtures approaching. Villa looked much sharper this game with a pass accuracy of 89.63% compared to the 79.46% figure against City. The level of urgency returned, with 14 shots taken, 5 of which were on target. The second half lack of pace could once again be attributed to the lack of training, recovery and match time in recent weeks. However, this performance was encouraging due to the ease with which Villa were able to outclass Newcastle.

Villa’s pressing statistics remain low with 111 pressures (average 124, with 115 against City); however, the effectiveness of those presses was improved to 25.2% from 17.4%. The lower figures in this game could be attributed to the quality of opponent as Villa were able to dominate Newcastle with a fairly low levelled tempo. With only 1 shot on target for Newcastle and Villa winning 64.58% of their defensive duels, it was a confident and assured performance from the Villa defence without any real scares. Yet another fantastic performance from Matt Targett should be celebrated. With 3 clearances, 3 interceptions, 2 tackles and a pass accuracy of 90.2%, he was phenomenal once again.

Another stand out performer was the stand in midfielder Marvelous Nakamba. Having little to no game time prior to this, his performance was his best in a Villa shirt. Tallying 77 touches, 98.5% pass accuracy, 2 interceptions, 2 tackles and winning 75% of his ground duals, Nakamba was instrumental in this assured performance for Villa.

Finally, Watkins broke his run of 9 games without a goal. He’s been a threat recently, with goals disallowed against West Ham and West Brom as well as a penalty miss. He’s recorded a high xG in games such as Palace (1.5 xG). Watkins’ statistics make him the most promising striker at Villa Park in recent years. His hold up play, positional flexibility and defensive work make him one of the most well-rounded forwards in the league. It was inevitable that goals would follow when his luck turned, but even without goals he is a vital part of this Villa squad. Villa fans are once again left counting down the minutes until they can watch this squad play again, and with the addition of Morgan Sanson, this team is just getting better by the day. 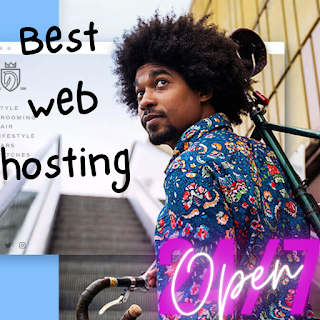 Name your website, select a design template and start building with the right hosting plan.

best affiliate to work for.

best affiliate to work for

Our network connects online retailers to over 211,000+ affiliate partners around the world, increasing consumer reach and providing another source of revenue.

Content creators, influencers, website owners and technology partners can build profitable partnerships with our portfolio of brands across multiple sectors.

innovative technology to drive your affiliate channel to success

ShareASale has spent over 20 years growing our network by nurturing relationships, building cutting-edge technology, and guiding merchants and publishers to success in their affiliate marketing channel. Keep a pulse on your program with real-time insights into performance data, affiliate partner activity, and personalized program diagnostics. Use our platform and extensive network of partners to tap into new sources of revenue for your online business.

come and join the team click on the link up above of the blog.